The uselessness of modern man

Hey wow, look at me, typing into this computer, blogging if you don’t know. I’ve got qualifications you know, I know so much stuff, I am the modern man, OK, not in that metrosexual way, but I am a man of technology, I know stuff, I can do stuff, I am going for the record for the most link to Wikipedia from any blog ever. Beat that!
And yet, I am intrinsically useless.
Have you ever wandered what use to society you would be if we were bombed/heated/plagued/bored/asteroided(?) back to the stone age?
So far, the list I have compiled is pretty small, I have:

Of course, I’m going to claim this isn’t my fault, the sequential nature of society being as it is, I can quite easily leach off the shoulders of giants. Why not? Everyone else has, even Isaac Newton ( although he did stick pins in his eyes and try to make gold so he’s not necessarily to be trusted). 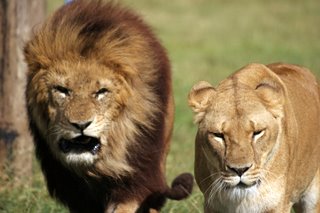 I would, however, like to be more useful to that future perilous society, but sadly, they ain’t going to have much use for us 21st century technophiles. Its going to be a simple questionnaire (presumably scribbled on a rock using, well, another rock, a sharp one).

Its not going to well is it? “Three n’s? Throw yourself on that fire, there’s a good chap.”

Personally, I blame the education system. What use is an honours degree in Electical Engineering in a post-apocalyptic wilderness when you don’t have the slightest clue about how to make it? You can see it now…

“Don’t worry folks, degree education, just get me a magnet and some wire and we’ll have some leccy before you can say Michael Faraday “

And you can see their poor, forlorn faces as the walk off into the distance to kill what remains of the wildlife.

Yes, I don’t know how to make a magnet and short of saying “That rock is green, that might have copper in it”, the chances of me getting any wire are a little remote.

Its not all doom and gloom. There is obviously much to celebrate in this new, stark, world, here’s my top five:

Note, neither Emin or Docherty are getting a link, pointless as they are.

This scenario does also provide one other wonderful irony, those people in the current 3rd world know how to look after themselves better than we do so there would be a swap, 3rd world would become 1st world and vice versa (no one knows where the 2nd world is, but they’ll be fine, they know how to handle potatoes).

So, what to do? Should I buy a Swiss Army Knife? Go native for a while? No. I have a plan.

People love sarcasm and rubbing other people’s noses in it, so I’m going to stockpile T-Shirts with slogans like “What use is your iPod now fat boy?” and swap them for food with people who know what they are doing. And therein lies the answer to it all, if you understand the nature of humans, you will always have a way out, always have an answer.

Maybe I not quite that useless after all…

( yes, I left that deliberately hanging in that way to make it easy for you to lambast me in any follow-up comments, as I said, I know what you lot are like)