Ants Are Not Pants – Success in a Process Free World 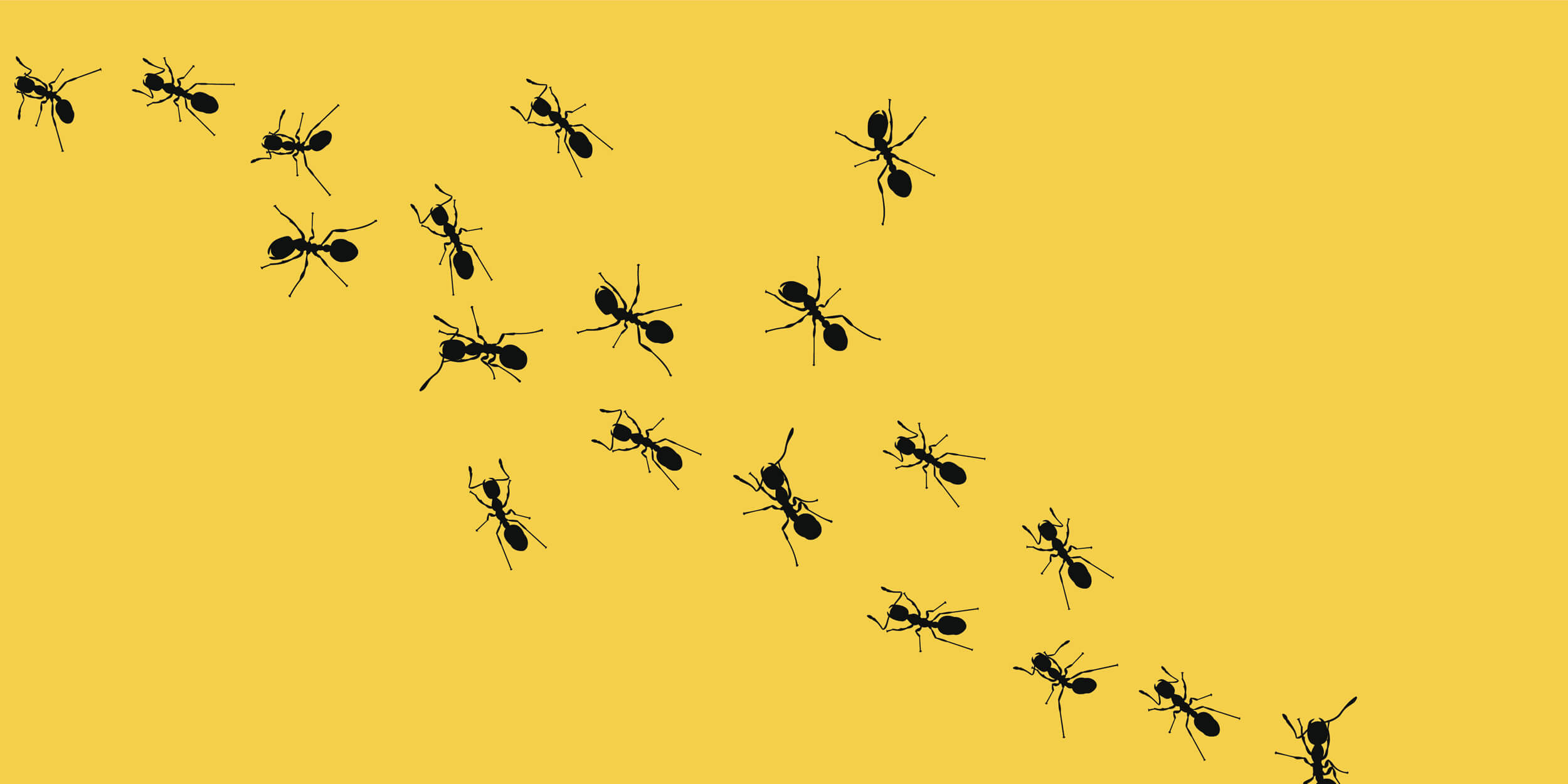 Have you ever sat and watched ants at work? It’s fascinating. Drop a small pile of sugar. Word soon gets round. Then they all appear, forming nice ordered lines, one in, one out, until all the sugar is gone. But that’s an easy task.

They can build enormous colonies, complex air-conditioned structures. They feed massive nurseries, fill larders, defend themselves against constant onslaught from things with long tongues. Hugely successful, collaborative, co-operative environments made up of thousands of individuals with a clear and common purpose.

What is more remarkable is that all this is achieved with none of the things that we would need to get even close to achieving something as varied or complex.

They have no language to speak of, a little dance, the odd chemical trail but nothing too funky. All this processed with brain the size of this full-stop. 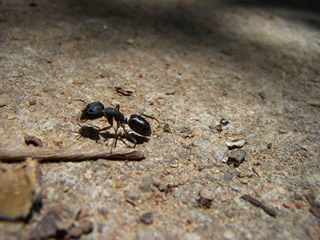 “Darren sets out on his quest for CMM Level 5″

What’s worse, they have no written processes, no Mission Statement, no quality manuals, documentation, reviewers, signatories, counter-signatories and, unbelievably, no single form has ever been found filled in anywhere near any insect colony in the animal world.

How can this be possible? A complex task achieved with no brain, a minimum of communication and no processes at all? Surely there has to be a mistake. After all, are we all not told that even the simplest task needs process/control/methodology?

Put simply, you don’t need a process if you know what you are doing.

The real working world, the structure that we exist and operate in is, in fact, a myth created by the mediocre. A grind set at the IQ of lowest common dumbinator, at the pace of the rate determining step. And the framework that keeps all this operating is a set of pointless, sub-optimal processes. They don’t make things better, they just make sure it doesn’t get any worse.

Imagine your organisation with everyone who exists to process and everyone who doesn’t know what they are doing removed. Its lean, mean and focused. Not to mention efficient, successful, driven, high-morale. Need I go on? Its not like you are believing me are you?
But think of it. Everyone is good. Everyone knows what they are doing to contribute to the common goal. Everything just works. Remember, ants aren’t pants, so why are we?

“What you are describing will lead to anarchy!” I hear you say.
“Not necessarily” I retort, tongue not entirely in cheek.
“OK, maybe only in very small companies then” you weakly concede.
“Yes, I say, absolutely, but what if you broke down the work of large organisations into small company-like structures, ‘talent cells’ I’m going to call them, then you could extend the model infinitely.” I say, extending an already ridiculous notion into the way beyond.
“You’re either a genius or an idiot, I’ve not decided yet, but I think you might be an idiot” you say, before walking off with your clipboard.

Clearly, you can’t write nothing down, you can’t stop all communication. I’m only using the extreme view to make a more considered point. In fact, this is all an elaborate, exaggerated prelude to one simple message. If you are only going to have one process, or one process you are going to get right. Make it recruitment.

If you assume that everyone you recruit fits the ‘Ant’ model then you can design a leaner, more efficient structure. All you have to do is to make sure that you get the right people and it will work. Don’t recruit on the basis of getting people who will cope with a little guidance, control, process, review, audit, reins, safety helmet. Recruit people who will push the envelope beyond what you currently do now. Look at your structure now and spot where there is waste and inefficiency.

Lets go back to the ants. Are we to assume that ALL the ants, every single one in the myriad horde, gets it right? I doubt it. There must be some ants that don’t quite get it on occasion. I bet the workers, soldiers whoever spot this and rip them a new one.

I could go on. No really, I could. But a blog isn’t a place to publish the entire treatise, if you want to hear me go on at longer length about process-light environments then drop me a line.

I will conclude this meanderings with one sad truth. This model could never work. Why? Because there aren’t enough ants to go round.

Website of the Day:
This one is for Stuart, because he was asking. It also helps cultivate my ‘crashingly dull’ theme, eh MorFF?

Track of the Day:
From the opening chord of their debut album, Suede always sounded a bit special. So, tonight Matthew, I’ve going for ‘So Young’, which I was when it came out.