I cut the hedge yesterday. More remarkable than you would imagine. But as I did it, a vague idea for this blog post started to solidify. Its all about progress, more of the hedge later.

Everything progresses, everything moves forward, we try to make everything better. We invent new things, new ways of doing old things, things that make bad things better. We improve. Some do this for the betterment of all things. Cures for diseases and the like, but progress is a thing of commerce. Quite often, things don’t need to get better, but unless there is a new, improved version. then there is nothing else to sell.

My favourite analogy for this is computer games. When the Commodore 64 was unleashed, I really couldn’t see why you’d need anything else. Great games, great fun, perfect. Same, for the original Playstation. Wow. Right. That’ll do. No it won’t. We need to sell you another ‘improved’ version. Well, do you?

This applies to almost everything. My TV is great, but I feel I need an HD one (I don’t). I can make toast under the grill, but I have a toaster etc, etc, I won’t labour it. Commercially driven innovation.

And therein lies the problem. We progress, innovate along discrete paths unique to their own domain, TV’s get better, drugs get better, the Internet gets more pervasive. Each strand, fuelling its own progress to an attempt to sell more. And we all believe that any and all such progress must be a good thing. After all, so much of human innovation has made such a big improvement to all our lives. Running water, heat, food, we nailed the basics many years ago. We are healthier, we live longer but, in all of this, are we still getting better?

Let’s imagine there is some central measure of wellness or good in humanity. I know this is a bizarre ideal, but bear with me. You can’t argue that sanitation or penicillin was to the overall good of things but looking at the modern world, which of the recent technology innovation has really helped? We are hooked to our phones, PDA’s, laptops (ahem), we are information junkies. We are wired. All the stuff that we used to have to spend time doing is done for us, so we have so much time to do, well, stuff. So, we get fat, we have soaring childhood obesity, we have all a whole new set of psychological problems that simply didn’t exists 30 years ago. 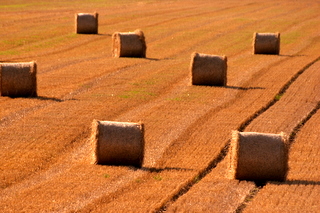 Keeping it simple with the SLR

The problem is that there is no central arbitration of whether or not any given innovation is for the ‘common good’. No one says, “Nope, we’d better not build this ultimate entertainment device, people will stay in and get fat“. We assume that moving forward is good for us, hasn’t it always? Perhaps we’ve started to innovate and progress beyond the point of maximum wellness? On the face of it, it looks like things are getting better but perhaps we are just at the early stages of new, bigger problems, created by ourselves. And I’m not talking Global Warming yada-yada, I’m talking about more personal issues, health, mental and psychological. Just how happy do you feel every day?

Do you ever really feel at ease? When are you blissfully relaxed? I like to be out in the open, in the air. With my Digital SLR…

There has to be a strong argument that the whole ‘wellness’ measure would benefit from far more simplicity in how we live. I, and I know others the same, often hark back to previous times with a large degree of fondness. You think you are being glassy-eyed old fool, you think that your memory is flawed. But its not that simple. Some things are better now, some things were better then. Its not an either or.

A long time ago, people thought hedges round their garden were a good idea. They were cheap, you grew them. They were nice looking, they were plants. You had time to cut them, because there was nothing else to do.

Or do I want to leave the hedge and cut it myself. Because its simple. It gets me away from this machine, from the multitude of stimuli that fill my head. It forces me to listen to what is happening in my head. Just me and the hedge. Maybe I need the Sunday morning loud lawnmowers, the simple things. But not an electric blanket. At least some innovations end up where they deserve to be.

What is better for me? Sure, someone would make money from the Laser Hedge Ray, I would avoid cutting the hedge. But I would contest that that wouldn’t be better for me. That wouldn’t be progress. It would be human innovation but not human betterment.

Until we learn to separate the two, there is going to be a lot of correction to look forward to as we settle back down until how life should be.