There is so little to report it is a little embarrassing to even consider a blog post but I feel I owe my reader some output.

So, you’ll have to put up with a crappy clip show of a post (and a really spammy title, just as an experiment).

Book Stuff
Bit of a distribution delay; apparently the text on the title page was too near the edge. So much for buying a copy, seeing it was fine and approving it. I could scream ‘racket’ but I won’t. I’ll believe that this was a safe precaution to avoid issues at the distribution printer. But having to get another pointless proof? Well…

I’ve dipped my toe into some Google Ads in advance of distribution. Quite good fun, quite enlightening. I’ll do more when things are ready to rock on Amazon.

Set up a Facebook page for the book. Go now, become a fan! I’ve got a design for a Facebook Ad ready to go too.

Photo Stuff
A lovely weekend on Islay didn’t yield too many photo ops due to some dodgy old weather, but was quite pleased with what I did get. You should all go to Islay, its fab. Many thanks to A&M.

click to download full size
I finally got round to trying my new black backcloth too. It went quite well for a first time. Here’s a new portrait for you all to hurl abuse at (if you haven’t already on Facebook). 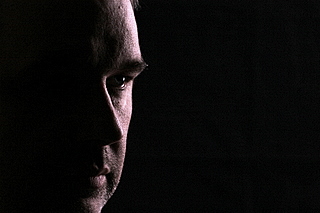 For old times sake, I shot some veg. 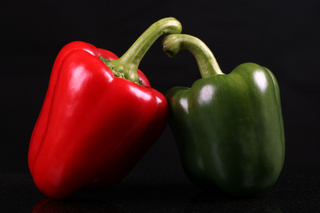 The new lens is a real peach. But the f2.8 one would have been better for:
Had a rather fun (but challenging) shooting the dress rehearsal of a stage musical at the Kings in Edinburgh. Was very different and great fun roaming round an empty theatre. Discovered that auto-ISO would be a very useful feature in low light. Excuse no. 1 for a new body. Thanks to Scott for letting me have a go.
Puzzles
Not long now until season two of Bimbogami is nearly there. Most of the puzzles are in the can and MorFF is busily coding the new improved site. We’ll be going for a full synchronised launch so the teams can have a good battle. Should be fun.
** Late breaking news, that’s 3 signed copies now! One is off to the US…