I‘ve waited many years to finally get to an airshow. As a younglet, I would always watch the coverage of Farnborough with Raymond Baxter and fuel my forever love of planes.

I wasn’t disappointed. A blindingly (literally, when fully zoomed in, don’t pan across the sun) sunny day in Fife and many great planes (and even more people and cars). Here’s a short selection of some of the photos that what I took. Not the best, but I learnt quite a bit, I’ll be better next time.

To download hi-res versions of these images go here. 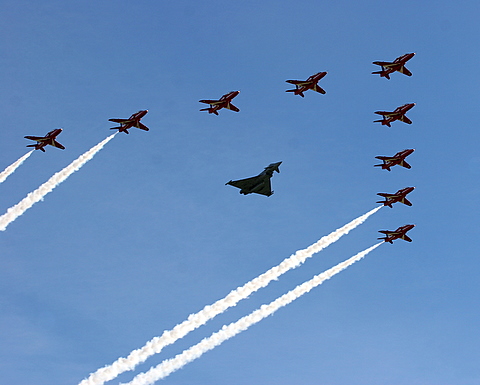 The Red Arrows flying in formation with an RAF Typhoon. 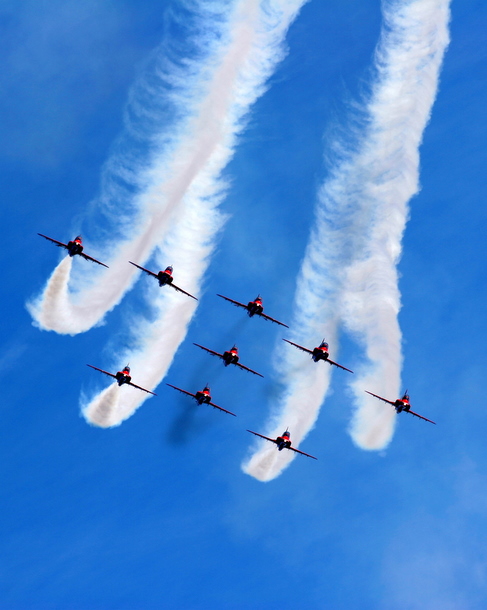 Red Arrows in formation completing a descent.
(as featured on the BBC Website)

The Red Arrows flew in and parked up before their show. 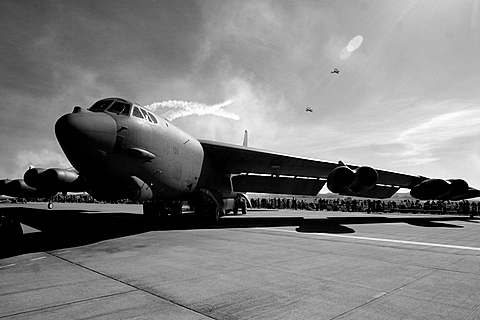 Boeings old and new. A B52 with two Boeing Stearman in the background. 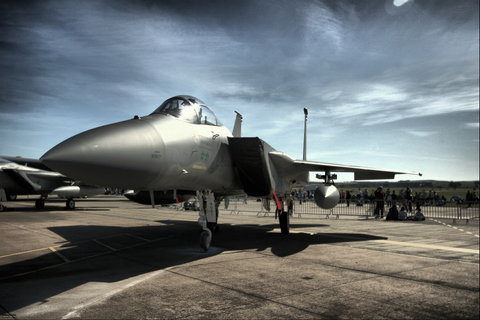 Lancaster of the Battle of Britain Memorial Flight. 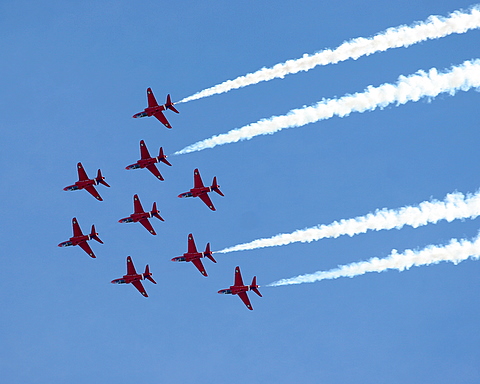 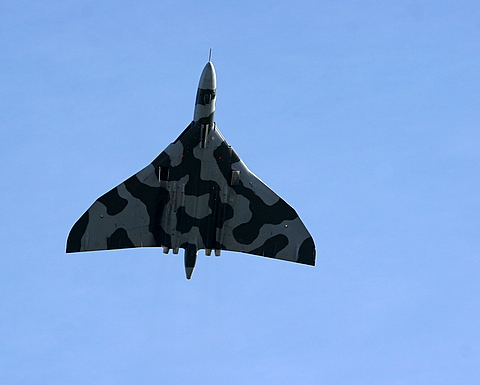 The Avro Vulcan was ace. The highlight of the show came for me on take off. It lifted up fairly gently. I was zoomed right in and followed in up when it did an unexpected roll. It was very cool. Especially with a soundtrack of Barber’s Adagio on the PA. 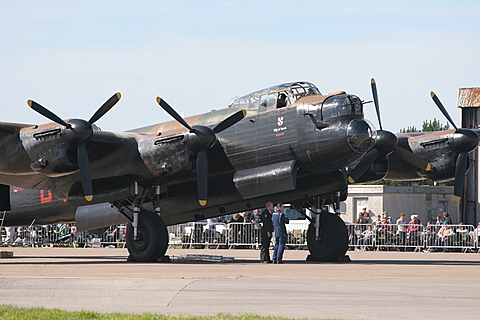 Lancaster on the ground. 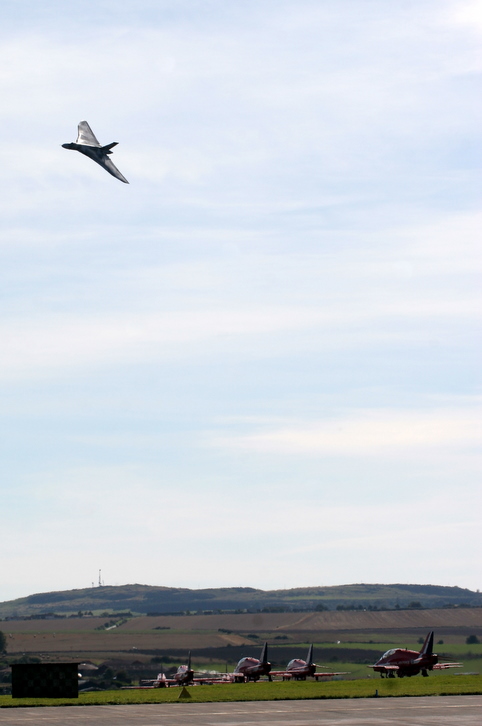