Hoarding Versus Storage – A Conundrum

I‘ve always been a hoarder. Obviously, I refer to this particular prediliction as collector but, the fact remains, chucking stuff out is not in my make up. Aside for the ubiquitous big box of wires, I still have the postcard collection of my youth, all my coins, books I’ve read and won’t read again, books I’ve never read and, crucially, all my music.

I started buying vinyl at the end of the 70’s and did so constantly until I started buying CD’s around 1991. I have hundreds of albums and just as many, probably more, CD’s. My vinyl has been lugged with me between houses/cities and very rarely leaves the increasingly battered storage boxes. I still have a turntable (2 in fact) but they’re far from a state that I can easily set them up. So, the vinyl provides a rather perfect embodiment of a literal dead weight. 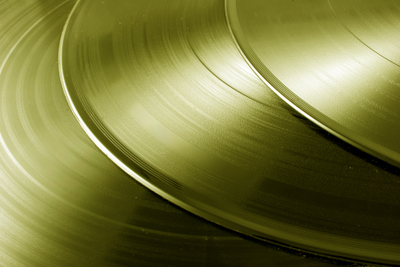 but ain’t it lovely?
A couple of years ago, I put myself through the modern day hell of ripping all my CD’s. It took the best of part of 2 weeks but I got there. So, I now have a lovely wee NAS sitting under the TV and allows me to stream everything I own from anywhere in the house ( and two other copies on external drives, I’m doing down all that again ).

None of this was an issue when all these boxes were just strenuously lugged up into the attic. But, since a man passing himself off as a builder came and took all my money, that is now where I sleep. The vinyl and CD’s are now spread about between the house and the garage.

And here is the conundrum. Do I keep them? Why do I need them?

The answer for the vinyl is fairly easy. I’m keeping it for HUGELY sentimental reasons. I tried ripping it with a USB turntable and got far too bored. So, for the moment, the vinyl is going nowhere.

But the CD’s? I could bin them, not that attached but, of course, the crucial thing is that, they would cost a lot to replace and the insurance company won’t go for “there was £x000 of music on that NAS that blew up until a hail of cat pee“. So, binning the CD’s would be little previous.

So, I’ve decided I’m going to keep the CD’s and throw out the boxes ( an idea I knicked from @stuartamdouglas ). I’ve ordered some CD wallets and transfer will start when they arrive. I may even do the same with DVD’s.

I suspect there will be some I’ll be too squeamish to bin. We’ll see. It’ll be interesting.

It does open up a lot of thoughts on the nature of ownership of digital media. Clearly, the MP3 world has led to a move away from the need for a physical thing to have. And, with more and more cloud based music storage solutions appearing, it won’t be long before you don’t really ever have a file either. You’ll just buy the right to be able to listen to something stored in the cloud (or more likely you’ll just ‘own’ a pointer to the file in the cloud, which is what Amazon should do if they’d bother to read my blog). This is already true with Spotify which is why I’m listening to music on Spotify now as I type. Truth is, I’d pay for Spotify, which is why they probably should make me pay before they go bust!