Note to 16 year old self

As I approach the end of my 20th year of professional life, I’d like to leave this short note to myself just in case, by some miracle of future technology, I end up reading this in the past.

First thing to say is that choosing to work in IT wasn’t a bad choice, far from it. I’ve had a lot of fun, met some great people and I got to spend a lot of time in Ipswich.

Obviously, for the purposes of this post, I have to eschew IT to determine what I would tell my 16 year old self to do for a living based on what I have learned since. Truth is, on leaving school, the only things I couldn’t have done were either athletic or artistic, being equally rubbish at drawing and running. I could have gone to University to do anything. That in itself seems an issue, that is a whole world of choice and, with no family precedent or legacy to follow, the decision is trickier.

Also, I was somewhat fooled/influenced by a more natural ability at maths and science. That much came so easily that it seemed like an obvious choice. Take history for example. I was always pretty good at history but a inclination to equations drew me away. It was only much later that I realised how interested I was ( or became, these things can evolve over time ).

Same goes for many other things. I didn’t realise how much I liked writing until I was almost finished my engineering degree. And as for photography, well, I had an SLR as a teenager but with no one to learn from and no internet to teach me, the results were patchy and the film and developing too expensive. There were some decent enough attempts but quite often blurred as I didn’t quite get how I needed fast shutter speed when using a telephoto. It wasn’t until 2005 that I refound the love of photography and, with my DSLR, started having a lot of fun.

So, with all this barely organised waffle in mind, what do I tell my 16 year old self? Well, if you just want to make a lot of money, become a banker or a lawyer. But don’t. You wouldn’t like doing either of those things, I’m afraid.

If you want to make virtually no money, become a writer. You’ll really enjoy it but you’ll quickly get bored of cut-priced corned beef and I know you’re looking around thinking that earning money would be a good thing. I could cheat and tell you to write books about a boy wizard, but if you’re dotting about in time, you already know that (and I guess there is an army of time travelling lawyers preventing this kind of pre-cog copyright theft, with a ht to Jasper Fforde). There is no doubt that you’d really enjoy writing for a living but you’d maybe get a little lonely, you like hanging out with people too much. But you can work around that.

It was only very recently that I discovered a love of travel. In the last few years I’ve been to quite a few countries and very much enjoy seeing new places. So, young lad, you need to get out and about more and not wait until your feet can’t take the walking.

Should give a quick mention to becoming an archaeologist. You like that kind of thing and you’ll get to see the world. It might be a little slow paced for you so don’t put it top of the list, but beards are good, you’ll like them. 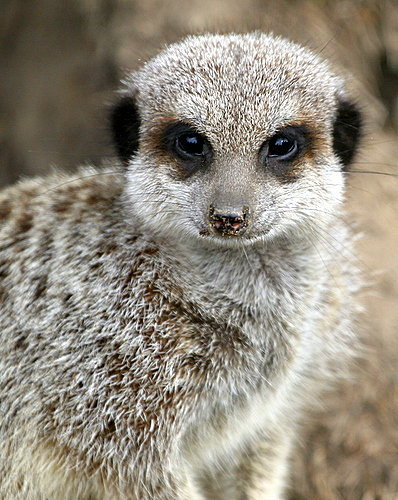 So, what’s my recommendation? Easy. Become a photographer. I know that’ll seem odd to you now but go with it, you’ll love it. Specifically, become a wildlife photographer. You’ll travel the world and see many amazing things. I suspect you’ll take other photos too but the animals will decide where you go. I can’t say how much money you’ll make, maybe not much, but that doesn’t really matter. Look at the cute meerkat? How can you not enjoy chasing them about Africa rather than snapping them on a dull day in Perthshire?

If you don’t believe me, have a look at the fun these talented guys have.

Yes, I know, I don’t know where you’re getting the money to get started either. But don’t worry about that for now. Do what I never did, get a book so you can understand the basics. Then try and get into Glasgow Art School to do photography. Visit zoos a lot too. Keep snapping and saving then decide where to head for your first shoot. Research like mad. Don’t worry, you’re capable of all of this.

Learn some IT too and in your spare time, build a website for people to keep in touch with their friends. It’s technically quite easy and will make you very rich. What’s a website? Don’t worry, you’ll find out soon enough.

A Sunday morning post if ever there was one!