The Old Man – A Story

His long, bony fingers reached out, quivering with age. He picked up the metal tin and the unsecured lid fell to the floor; spinning faster and faster as it clattered to a halt on the tiled floor.

With a long sigh, he dipped his fingers into the almost empty tin, scraping what he could from the edges with his brown nails. Putting the tin down with painful precision, he rubbed the wax across his fingertips. A deliberate flourish brought his hands in front of his face; he drew them closer. His fingers searched like vine creepers before grasping the fine wisp of white hair at either end of his thin moustache. With a dramatic slowness, he pulled the wax along the length of the almost imperceptible hair ending with a twist at each end. After 3 attempts, the wax was all but gone.

The same bony hands reached down to the worn, wooden arms of the chair. With a myriad of creaks and groans, he unfolded skyward into the room. Sliding down the weathered blue fabric, he grasped the hems of his coat and, with a gentle tug, straightened out the creases.

The mirror was near the door next to the fire safety instructions. He stepped out deliberately and pressed the ball of his foot into a drawing pin that had fallen from the corner of the fire poster. He flinched but his ritual compelled him on, he paused and completed his slow walk to the door. With a slight limp, he turned to the mirror. The same moustache ritual was repeated. 3 traverses, each with a twist at the end and, with the mirror, arranged symmetrically across his face. 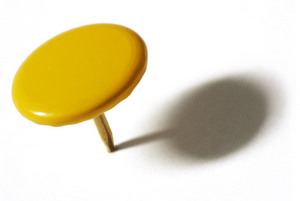 An old face looked back at him. Hundreds of stories and thousands of miles screamed out from maze of lines that surrounded his still steely blue eyes. His eyes brightened further as he pressed down on his foot to push the drawing pin a little further through his slipper. The pain filled his face with ironic delight. The joy of the memories surpassing the any discomfort. A smile crept out from under his moustache spoiling the symmetry but improving his day. He stared deep into his own eyes as they narrowed, as they always did, back then. Back when he was evil, back when only winning mattered.

He slowly pulled his foot from the slipper, releasing the pin and pain stopped. And with the memories came the sadness. On the opposite wall a small white urn sat alone on a long shelf. On one slipper, he ambled uneasily across to face it. His bony hands reaching out again, he took the urn from the shelf and held it in front of his face.

A smile turned to laughter. Slow at first and ending with a long asthmatic giggle. With his shoulders still convulsing slightly, he returned the urn delicately to the otherwise empty shelf. Empty like so much of his life. No other people to remember. Friends and family were all long forgone in pursuit. In pursuit of the prize. All ignored to secure the prizes. Not that any were secured.

In a huge glass fronted cabinet on the other side of the room, the booty that represented a lifetime of endeavour sat fading in the occasional sunlight. Trophies in all shapes and sizes. Standard cups, rosettes, goblets, winged pillars all neatly arranged and all with one thing in common. None were for winning. Not a single first place. Despite everything he had tried, the innovation, the endeavour, the scheming, a cabinet that echoed only disappointment and bitterness. And yet he kept them. It was all he had. For such a long life there was nothing else, plastic relics of failure and a cheap china urn.

The room had a small kitchen area to one side. Leaving his other slipper behind, he shuffled towards it. Butter was taken from the table top fridge and a dry piece of bread from a creased bag in the bread bin that was handily marked ‘Bread’.

The butter was scraped unevenly across the slice. The fridge was opened again and failing eyes peered inside for something with which to turn bread into sandwich. He reached inside hoping for cheese or maybe some ham. He found a sad looking tomato. As he grabbed it, it’s over-ripe softness collapsed into his fingers and exploded in red liquid. It gave him a start and his bread fell to the ground. Butter side down. Much of the tomato joins it.

The sink is opposite and he turned to wash his hands. One foot on the bread, the other in the tomato, the old man is flung up in the air. On the way down his head cracks into cupboard. He lands firmly on his back, cracking a hip, blood flowing from his head.

Motionless, he gathered himself. He tried to move but his smashed hip was too painful. He could feel the blood pool forming around his head.

His voice was weak but still had that recognisable barb. He brought up his arms and reset the moustache with the usual 3 twists on each end. And then he laughed. And laughed. Until his breath started to weaken. His laugh became a wheeze, a long breathy wheeze of a forced giggle. Such a delicious irony. And, with that, his breath was gone. He was gone. Finally. It had been wished on him many times and now all those that had wished it now had their way. But few would celebrate. A thin man, dead in a pool of blood. This was no revenge. And after all, they all had the trophies that he so desperately desired. They had already won.

A few hours later his regular lunchtime call. A knock at the door. And then a call. After a pause, keys rattled at the lock. The door swung open and a small woman peered into the room.