I’m a huge fan of the Chinese historical epic. Whether it is the fly about the sky on wires of Crouching Tiger or the more grounded Red Cliff, the size, style and colour of the cinema is always a treat, especially in Blu-Ray. So, I turned out all the lights, grabbed a bar of chocolate and sat down to watch Warlords with some degree of excitement. A sweeping war epic with a bit of Jet Li thrown in. What’s not to like?

Well, I’m not going to say I was disappointed by Warlords. I enjoyed it but it wasn’t all that I had hoped. There is some big cinema here. Big battles, big sets and an attempt at big ideals but it really didn’t hang together well enough to be great. The look of the film is excellent and the acting is good. Jet Li, in particular, surprises a little in quite a restrained role. And I suppose that’s the problem. The film is clearly far more about gritty realism than it is about people flying about on wires with extended, highly choreographed fight scenes. So, if that’ what you’re after, you’re inevitably going to be disappointed. And because it tries to have more depth and doesn’t really succeed. The plot is straightforward enough but gets a little muddled. 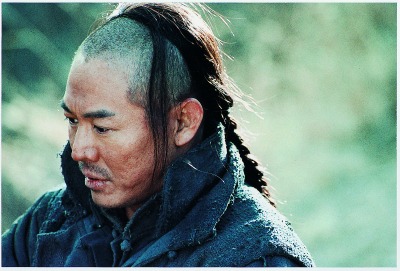 As for the visuals, the print is quite variable. The grain appears to be turned up to 11 to, presumably, enhance the gritty realism and this generally works but sometimes leaves the overall image looking a little poor. There is some great cinematography which would perhaps look a lot better if it didn’t appear to be over-sharpened.

There is still much to enjoy here and, being in more recent history, the use of guns and canon and a slightly more modern approach to warfare is interesting to see in a Chinese context. It is clearly an interesting period in Chinese history and the film drives an intrigue and a desire to find out more. The weird thing is I find myself a little at odds with most of the reviews I’ve read of the film, most people are hugely positive and, I can see why, but it didn’t quite gel as a whole for me. Maybe it was a Sunday night thing.

If you’ve not watched any Chinese historical drama before, start with Red Cliff, it’s ace.