It was 20 years ago today that I graduated. 11th July 1991 I wore a silly gown and wandered about the quadrangles of Glasgow University feeling generally pleased with things. For the record (and in case I forget in my dotage), I received a Bachelor of Engineering in Electronic Systems and Microcomputer Engineering.

I went to Glasgow as a young, startled 17 year old. Startled, mainly, by the rain but also by the need to feed myself and share a flat with a gang who were a lot older me. In those days, Edinburgh folk lived too near to Glasgow to get any student accommodation so I paid £15 a week to stay in a room in a dingy basement flat in the south side of Glasgow. I’m pretty sure someone else in the flat was getting housing benefit to pay for the same room. Tut tut.  The geographically aware will realise that this isn’t an ideal location for going to Glasgow University. For my 9 o’clock maths lecture every morning I had to trudge out to get a bus on Pollokshaws Road, get off at Bridge Street underground and buzz round to Hillhead. If you’ve read The Beatle Man ( you haven’t? pshaw! ) this is where the scene with Danny in the underground comes from. I would then nip into the bakers and buy a buttered roll and a yum-yum. I can’t say that my diet was initially ideal. Most nights I had a tin of tuna, a tin of sweetcorn and half an onion mixed together with mayonnaise. Not entirely disastrous, still a fine delicacy I enjoy today.

Some days in first year we had back-to-back lectures in a very old lecture room with hard wooden benches. Being a practical sort, I would carry an extra rucksack with a cushion or two in it with me. This seems fairly ridiculous to me now but I’d hope that the people who would grab the extra cushion I had may still be appreciative of the madness of it all.

Perhaps I’ll drivel on through some autobiographical university days chat one day – but I’m not convinced it gets much better than a buttered roll and a yum-yum. I’m more inclined to drivel on about how I feel about the process of education now. I had a great time overall and met lots of lovely people, many of whom I’m lucky enough to still have as friends now. But what did my degree do for me? Do I routinely generate 8-point fast fourier transforms every day, do Maxwell’s equations get me to work? Does it matter that they don’t?

As people look back on their education and the system that governed it, I often hear two very opposing views. A lot of people embraced it and many others filed it all under a bit of a waste of time – usually driven by never using the knowledge they gained again. I don’t think it is ever entirely a waste of time. If it gives you a few more years to grow up and get a better idea of what you really want to do, then why not? I’m somewhere in between. For me, it was simply a practical means to an end. I can some this up with a fairly simple model. 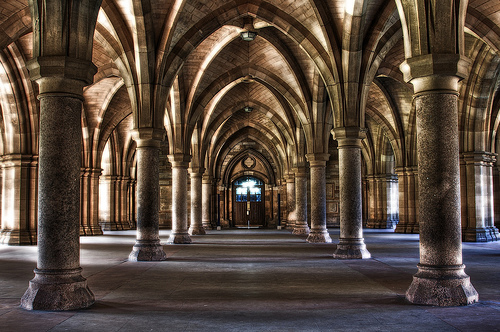 There is an unfortunate truth about the way our education and graduate systems are setup. It is best described in what I will call the Two Summers Model. I’ll admit that this doesn’t apply in all industries and with more vocational education being introduced the situation is less stark, but I’m going to leave it very stark, just to make the point.

There are two key summers in your early life. The summer between school and university and the one between university and getting a job (if you’re lucky you can stretch either of these out by travelling or whatever, but go with me for the sake of the discussion).

Each of these summers is a competition either for a place at University of for a job. How well you do in that competition is at least in part governed by the qualifications you take into battle with you. Whatever exams marks you have leaving school or whatever degree you attained will automatically decide your initial place in the queue alongside everyone else at that time. I got to do the degree I wanted because of my results at Higher. I, eventually, got the job I wanted because my degree result was above the arbitrary line that was drawn below which people weren’t even considered.

So, in summer one you go into bat with a set of Higher Results. If you did, say, five Highers than you spent around 15 or so hours sitting them in an exam hall on an uncomfortable chair. What you do in those 15 hours, with the exception of appeal situations, decides what results you get. You head off to your University applications with your certificate in hand and join your place in line that that summer’s assessment. You get a place and off to University you go. At that point, what you achieved at Higher becomes largely irrelevant (unless you have a ‘mare at Uni). I only once needed to make reference to Higher marks once I started at University and that was for one peculiar job where the interviewer put more credence on school results than University ones ( the theory was it was a better view of real talent). Anyway, the point is, you spend 12/13 years at school which culminates in a 15 hour exam frenzy, the results of which become irrelevant after a few weeks of summer. It’s almost like the life of a Cicada, sleeping underground waiting on one frenzied summer of love. Is that too brutal? Sure, you gain more from the process, it can almost keep occupied and out of trouble as you progress through the angsty Breakfast Club phase. 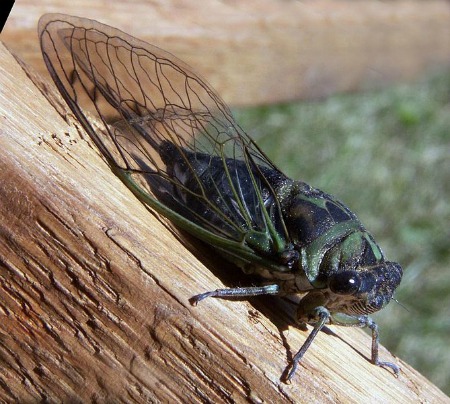 Guess what? Summer two is the same. You do, in my case, 4 years at University. Someone hits you on the head, hands you a scroll and you’re cast out into the graduate job market to compete against everyone else’s scrolls for the available jobs. Again, maybe 20-25 hours of actual exam time decides what is written on that scroll. Some degrees may have more practical elements, mine sort of did, but not really.

And then you have your job and your degree result doesn’t matter any more (apart from winding up friends who won’t be named who only got a poxy 2-1, sheesh). Not once did it ever matter after I started work. Just in those few weeks of competition for the jobs and then it ends up in a cupboard. Another dead Cicada.

Two summers, two period of intense competition in which you starting position is decided by a relatively small number of hours at the exam desk.

Conclusion? Get really good at exams. I mean REALLY good. Note use of bold and caps. Sure, other things help, your personality, other experience, your terribly nice, yet ill-fitting, new suit – but why rely on those things to get you out of trouble. You have about 40 hours of exam work that decide where on the career ladder you start. Nail it.