Lost Skills of the Ancients

As we look back in history we interpret the scratches and debris left on the earth to determine as much as we can about their lives, loves and labours. This reveals much about the ingenuity of the people who, before the industrial revolution, devised a myriad of ways to survive in a far harsher world. Most of these skills are already lost to most of us, cosseted as we are in a world where the hard stuff is always someone else’s problem. And yet there must be so much we don’t know about how they lived. After all, their time moved on too, things changed and improved. In short spans of time, things, techniques could easily appear and then be superseded in a heartbeat.

Here’s the thing, it happened to us to. There are so many things I know how to do that are of no use whatsoever to today’s generation. In fact, they may not even have the faintest clue what any of these things mean. This renders me, at least in part, entirely obsolete. Which is a harsh, yet important, sign of progress.

I bet you can think of many more of these. Would love to hear them…

Without further ado, things I can do that I no longer have to, the lost skills of this ancient…

Turning over an LP without touching it

It just a flick of the wrist… You get your hand inside the sleeve so you only touch the middle, thumb on the rim, then between two hands. You can spin it flamboyantly, choose a side and thread it delicately onto the turntable. It’s an elegant and precise skill, beautiful if done well. Destructive if done with too much gusto. I’ve never dropped one. 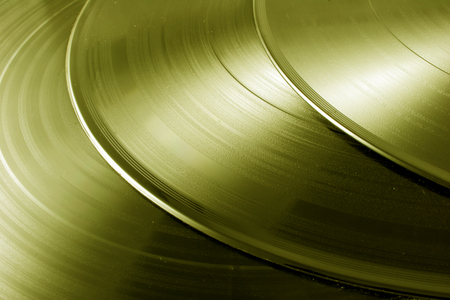 Balancing a penny on a stylus to make it play

Sticking with the vinyl theme, every know and then you’d get a record that would skip and jump for Scotland (or whichever 70’s tobacco stained biege  hovel you lived in). This was, frankly, a pain. The good news was, that with a little bit of patience and a steady hand. You could make it play with a little bit of weight on the stylus. Pre-Blu Tac this was a mega-delicate procedure. Obviously, with the new fangled voodoo science of Blu-Tac this was reduced to something even the amateurs could do.

Rewinding a C90 with a pen

No one could afford spare batteries. And even if you did, carrying them was, well, daft. So, much like starting up the Apollo 13 Command Module for reentry (sorry), you had to manage the available power well if you had a long day out. That meant that if you didn’t fancy the side of music you were listening to,  you couldn’t afford the battery required to rattle your way forward to the other side (notwithstanding the serious chat that went on about the horrors of tape stretching). All was not lost, grab a biro and you have a perfectly good tape rewinder. Again, it’s all in the wrist but with a simple spinning movement, you could be back at the end of the tape and turning it over in no time. Try getting a youth of today to do that. Someone will lose an eye.

Confession time, I’ve never used bellows. I only mention them as during a failed attempt to get my daughter to enjoy Camberwick Green, Windy Miller appeared with some bellows to get his fire going. My daughter was very confused. Not a skill that I lost, but gone, nonetheless.

A long title for a vital skill. I had a black and white portable in my room. This was massive. It had single dial on the front to allow you to hunt for channels that may or not be there, depending on how well you had the aerial pointed. After a while, you know where the channels are, you know where BBC1 is in relation to BBC2 etc and, if you need to get it very quickly turned over for The Young Ones, a simple twist of the wrist (is this a theme?) and there  you are. Once in every lifetime, you need a skill like this. Years later, we got a colour telly with a remote. It had a single big button that clunked reassuringly, it moved the channel on one. The TV had 8 channels. There were only 3 to watch. To get from STV to BBC1 you had to go round the clock, clicking furiously.

It hardly seems credible now to suggest that you could get a game as text from a magazine. I see people complain about having to set for a few moments as they get a PS3 update. Pah! How about sitting for hours TYPING IN THE GAME WHICH WAS SHIT AND HARDLY EVER WORKED BUT YOU DIDN’T FIND THAT OUT UNTIL THE YOU’D BEEN TYOING FOR HOURS AND IT USUALLY TOOK YOU A FEW GOES UNLESS YOU WERE GOOD AT…

Securing the RAM pack on a ZX81

Everyone had a technique. Books, walls, tape, string, animal sacrifice. You’d do pretty much anything to keep it on. I used books and a lot of sitting very still. Didn’t help that the keyboard was a hard plastic surface so typing was effectively uncushioned impact. This was almost as hard as… 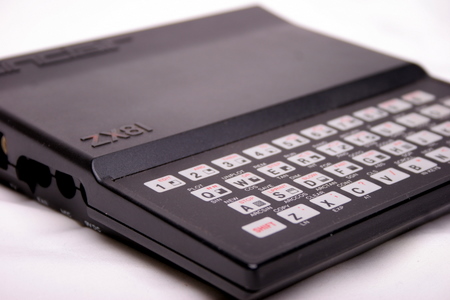 I had a technique. I piled books on top of the tape recorder. It thought it worked. It was only many years later that I finally conceded to myself that the books likely made absolutely no difference whatsoever. But still, I’m sure the ancients of yore did lots of things that they thought made a difference to the outcome of their lives. Like praying. Oh.

Starting a car with a manual choke and not flooding it

A much loved and respected colleague read my book The Beatle Man and had one main complaint. In the assumed era of the book, the car Danny drove wouldn’t have had a manual choke, he opined. Even Shakespeare had anachronisms. Does suggest that the particular problem of starting a car with a manual choke was something that burnt itself into my consciousness. Starting a car was never really a given. There was coaxing, a caress even and then a brutal right foot buried deep into a rain soaked footwell, vrrrrrroooooommmmmmm…

Ok, hands up who had installed Windows 3.11 from floppy? Ok, I admit, this isn’t really a skill unless you consider extreme patience as something that has been lost to time. Which, I think it probably has.

Like, how? How? Really? I suppose it didn’t make too much difference if you had no cash, but still. Beggars belief that life worked at all. Much like with…

Somehow, we just knew where to be and at what time. We just turned up. It worked. Now we use phones mainly to say how late we’re going to be. Back in the day, if you were late, you were left. And we only vaguely used landlines, what with them costing actual money to use then.

And I’m sure there are many, many more, but if I’ve got you down this far I’ve done well. Go on, let me hear yours…