Would You Use SEO Power To Complain?

They often say that the pen is mightier than the sword and, yet, there is very little jail time associated with carrying a biro in your pocket. Recently I was wondering if the same can be said to be true of that which is written online.

In the past I’ve written about scale free networks in relation to the Internet and you can see how anything written by a big influencer has big sword power. Similarly, the new voice of the people via Twitter is now a massive influence driven by a bandwagonesque interest from traditional media.

Obviously, the Internet is already full of negative reviews but look across Amazon or Trip Advisor and you’ll see polarised opinions on most things. Feedback clearly has massive power on EBay already.

Does the same apply in a far smaller way to having just plain old good SEO? Let me take you through a ‘for instance’ to explain.

A while back we had some work done on the house. In general, it wasn’t a disaster but there was much about it that could have been a lot better, like finishing the work as per the plans, almost setting the house on fire, a small flood, that kind of thing. Fairly recently, the person responsible for the work pinged me on Facebook, by email and twice by SMS asking me to write a review on some listing site or other. Here’s the thing. I’m all for giving praise where it is due* but, as I considered a review and re-listed all the issues I’d forgotten in my head, it ended up fairly negative. Not wholly so, as I said, it wasn’t a total disaster, but certainly enough to put a prospective customer off. So, I chose to ignore the requests and do nothing. Live and let live, can’t be bothered with the hassle, whatever. Whether or not I owe it the world to provide any kind of warning. 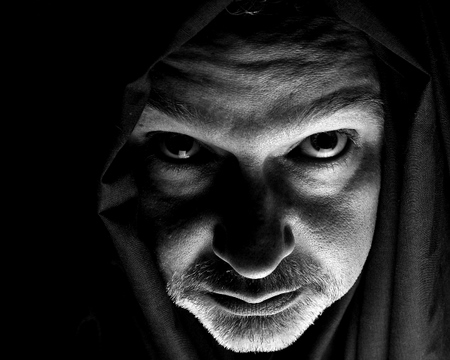 Caution : May Get Grumpy When Disappointed

It then started to think about what would happen if I posted the review on this blog. Thing is, the SEO seems to be working here ( search for who invented angry birds and you’ll see ) so if I did a genuinely factual and honest review of the work done by the company, I’d very likely win the race to position 1 on Google for the company and thereby, very likely, kill online as a marketing vehicle for them. I may be overstating that slightly but it is certainly possible. And, since it’s a franchise, would have some impact nationally to others.

I wouldn’t feel comfortable doing that but I’d love to hear what other people think. Would you ever do that? Would you ever use your SEO power as a threat? In any situation where your online presence trumps the supplier, does it even cross your mind? Have I just given you an idea? Would the number of Google link removal requests increase and what would they do?

Apropos of nothing, if my accountant is reading this, you’d better get it sorted soon, the stories I could tell!