Was lucky enough to receive a most excellent of Christmas presents from my lovely wife, tickets to see Billy Connolly and a wee trip to Blackpool. We had a great weekend and, as a result of staying in the same hotel as the great man, we can also say that, despite seeing him twice at breakfast, we did not join in with harassing the poor soul ( albeit he appeared to be most pleasant to all that spoke to him ). Slightly bizarrely, there was also a snooker tournament on in Blackpool that weekend so we saw lots of snooker players in our hotel, Steve Davis and Stephen Hendry among them.

I may write another post of exactly what I thought of Blackpool but I won’t do that here, will leave this post for the photos.

As there are quite a few people ending up here looking for details relating to Billy walking off stage in Blackpool, yes, I was there and here are my brief thoughts. He played for 1 hour and 45 minutes and he was great. Yes, some idiots shouted some nonsense and others shouted them down. From the stage I guess it all maybe sounded bad. Anyway, Billy did leave promptly and, if anything, I was more sad for him that I was for me. He shouldn’t have to put up with that. And, as far as old material etc. I’d only definitely heard one joke before ( the last one he told ) and it was still funny. Why? Because Billy is funny. I could listen to him the dullest story and he’d probably find it a way to be amusing. After all, it’s a performance, and he’s a performer. You go see a band play live and virtually insist they play things you’ve heard before. Let’s be honest, if Billy had done The Crucifixion or The Jobbie Wheecha ( both of which I know by heart almost ) I would have been the happiest person there. Such is the media and the idiocy of some that these things become ridiculously big issues. They’re not. I’m just happy to say that finally saw Billy live. Quite why he still bothers, I have no idea but I’m glad he does. Thanks Billy.

We also got very lucky with a beautifully sunny, crisp Saturday during which we had a good walk with the camera. This is the first in a set of 3 blog posts. I’ll say that this is the pretty one, you’ll see what I mean in due course. 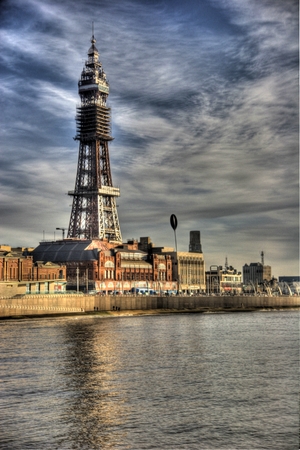 Much like the Forth Rail Bridge, it takes seven years to paint the Blackpool Tower. So it’ll be a little while before you can take a picture without it being covered in scaffold.

In the distance you can see the big roller coaster of the pleasure beach, this was taken from the North Pier. 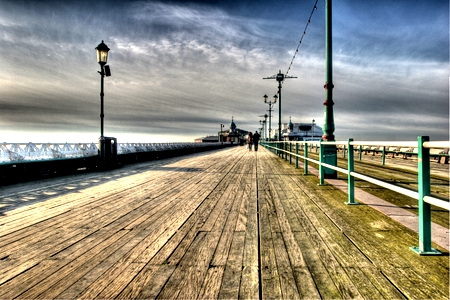 A view down the North Pier. It may be very cold in January but it does mean you don’t have so many people ghosting up your HDR! 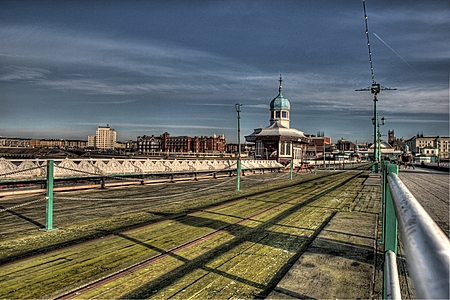 Same pier looking back towards the land.  You can see tram tracks, I don’t think the trams still come down the pier. 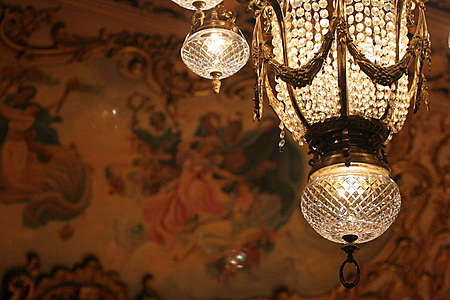 The Tower Ballroom is really very splendid inside, hard to capture much of the detail without a tripod, not the brightest place. 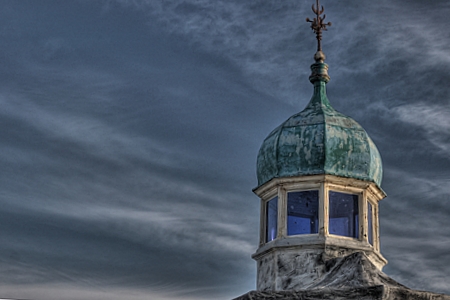 Full of Eastern Promise, a detail of one of the ornate roofs of the buildings on the North Pier. You can see that there had been an attempt at splendour in the past. Very much faded now. 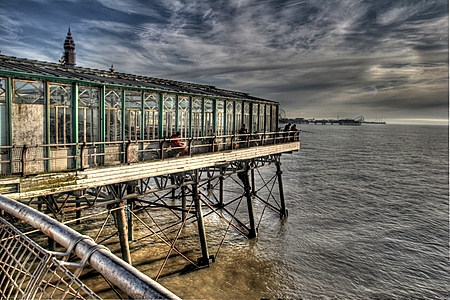 The North Pier was mainly populated with people fishing. Didn’t see them catching much. 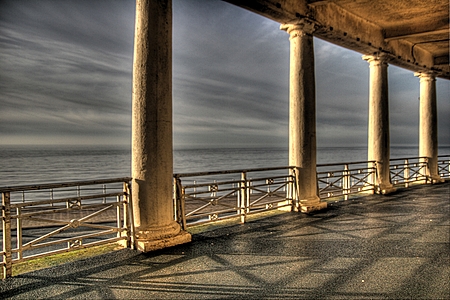 Underneath the Blackpool Promenade there are these rather lovely colonnades. 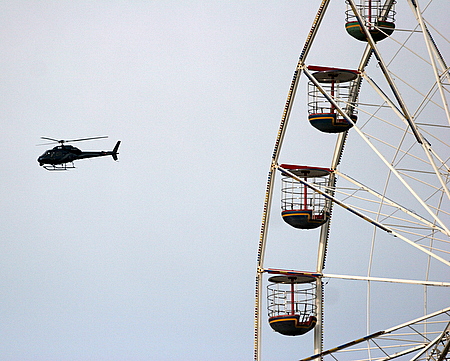 This helicopter buzzed us all morning. It appeared to be doing some filming and it would quite often hover above things. 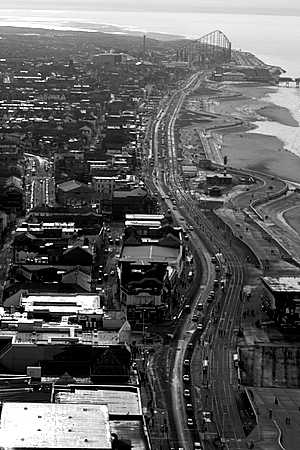 The view looking south from the top of Blackpool Tower looking down towards the big roller coaster. 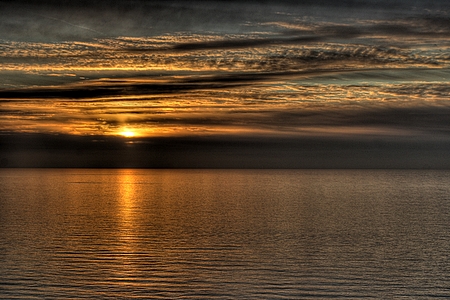 This was taken from the hotel window with the Gorillapod. Not bad to have a sea view facing West on a night like that. 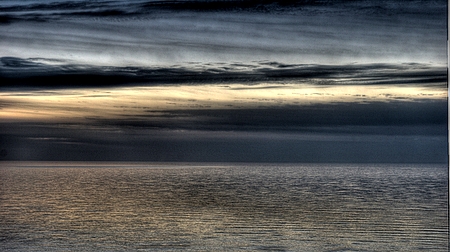 Last shot of the day after the sun went down. Colours were still great.