Nostalgia and the Innocent Museum

I love museums. And, above all, the National Museum of Scotland. From a young boy terrified of whale skeletons to a proud Dad trying his best to educate, it has always been a place I have loved.

I remember being very excited when the grand re-opening was imminent. A massive refurbishment suggested something of even greater wonder. So, along with thousands of other, I dutifully trotted along to see what they had done to my favourite building. It was great to be back in the museum and there was much to admire. The accolades poured in from everyone. And I, for the most part, agreed. But, at the back of my mind, there was a niggle. I could see why people were raving about it but I was left a little disappointed. Trouble was, I didn’t know why. All that was before me was lovely. So why was I dissatisfied? 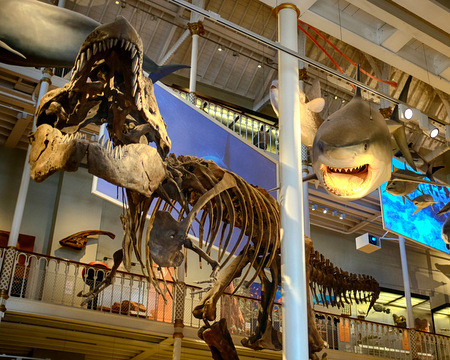 The big whale skeleton was scarier when I was 5

It took a while, but I finally worked it out.

I was relieved to discover that I had no issue with the museum as it was. It’s full of the necessary wonder and interesting spaces. My problem was more personal. It was a museum, but it wasn’t the museum. In creating a modern set of exhibits, fit for the tastes of today, they took away many things that came welded to my childhood memories. The sense of exploration and curiosity as you navigated the odd corners and changes in style of a museum that had grown and evolved over many years. The modern museum is homogenised into a clean, organised style. The previous museum was an exhibit in itself, it felt old, unprocessed. Rows of butterflies and beetles were unceremoniously pinned in cabinets, presented with no more than a Latin name in small print. A weird, incongruous gazebo was surrounded by birds in cases. A 70’s brown staircase led down to an underground cavern of dinosaurs. A red carpet looped round stairs that gave a view of the totem pole as you climbed. Innocent and child-like, the myriad of styles from the basic ‘collection of things’ through various evolutions of how things should be presented across various eras made a wander round an adventure in itself. 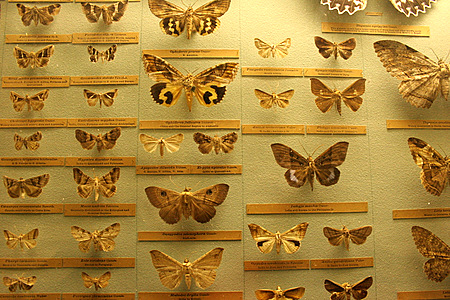 I realised this recently when I was writing the description of another museum I have visited (and has yet to be modernised). As I described it and, specifically, why the character loved it, I realised I was reflecting how I felt. I prefer to see things. As many things as possible, crammed in, poorly displayed, a collection, not an exhibit. If I ever get the book finished you’ll be able to read more.

I understand that this is a very singular, personal thing. Everything moves on and the new museum is precisely what is required to make people engage with it now. I still love to visit it and always will.

But I do miss the old museum. It was an exhibit on its own.