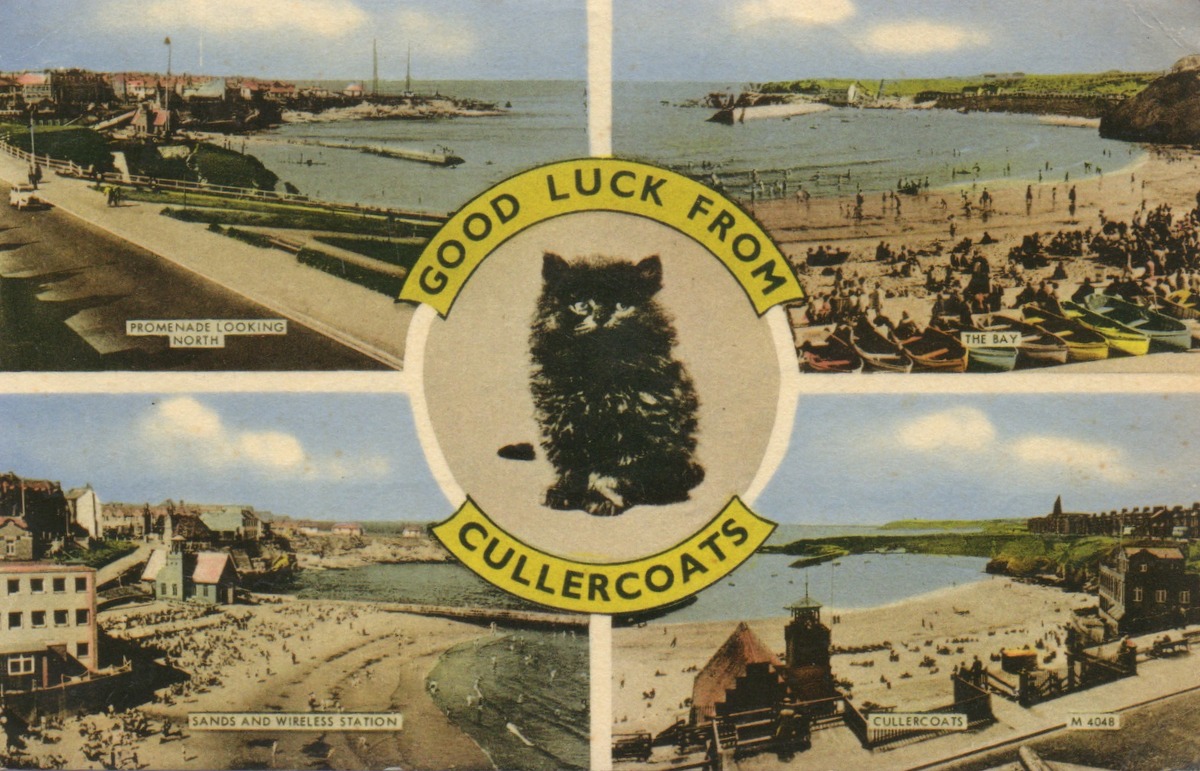 I had an idea, I thought it was cool. I discussed it with long time friend and occasional collaborator – the head honcho of Obverse Books. It was very simple. You can find on EBay – along with everything else – collections of old postcards for sale. The plan was to get some of these, read whatever had been written on them as use the text on the postcard as the inspiration for a short story. Get a dozen of them and you’d have a collection to publish. Easy. You’d think. Well, I thought.

So, I bid on a few postcard collections and won two auctions and I waited patiently by the door for them to arrive. Well, I would have had this been an interesting story. But, sadly, it isn’t – because, as it happens, people tend not to tell interesting stories. I just went to work as usual.

The postcards were a myriad of images from any number of dull places, a lot were blank and the ones that had been written and sent were either an unintelligible scrawl or really very dull indeed. The plan to be inspired to write a set of bizarre and interesting stories was consigned to the bucket of ideas that went nowhere (it’s quite a big bucket).

At that point I was perhaps a little disappointed – after all, I had spent £redacted on a large pile of postcards that had not lived up to my hopes. Then, as I read them, I started to get fascinated with them nonetheless and I started to understand that my perception of what a postcard is was quite wide of the mark – particularly when you go back to the start of the 20th century.

At that time, pictures themselves were so rare that receiving one in the post was a treat in itself – quite often the scenes are painted rather than photographed. Other postcards are sent simply because they are the simplest way to communicate a short message. Obviously, there are quite a few that sent by people who feel the need to communicate but simply don’t have a lot to say.

Jump forward a century and you find the world in the midst of the social media revolution, everyone communicating widely, wildly locked into the lonely screen-staring world of the hyperconnected. We stare into this mess of words and we’re disappointed at how banal it all is. We hear the, now clichéd, complaints about people sharing what they’re having for breakfast, Instagramming their coffee, sending short, pointless direct messages.

And then I look back at my postcards…

Sharing pictures, sending short messages, just saying hello. It’s all the same. The conjecture is, therefore, that whatever medium is available to your average human to communicate with, they will – in the vast majority of cases – use it for the mundane. This probably shouldn’t be a surprise, after all, there’s a lot of mundane going about – which makes my hope of finding eclectic sources of inspiration all the more ridiculous.

The conclusion is simple. Any complaints against social media on grounds of the ‘interestingness’ of the content are entirely groundless. Social media isn’t mundane – people are. And that, as far as I’m concerned, is just fine.

And so, here they are, the tweets and Facebook statuses of the past – some postcards. Enjoy. Accept the banality. Plus ça change.

Postcard : Accommodation Availability
Year : 1907
Text : Room for you this weekend. Not sure later on. 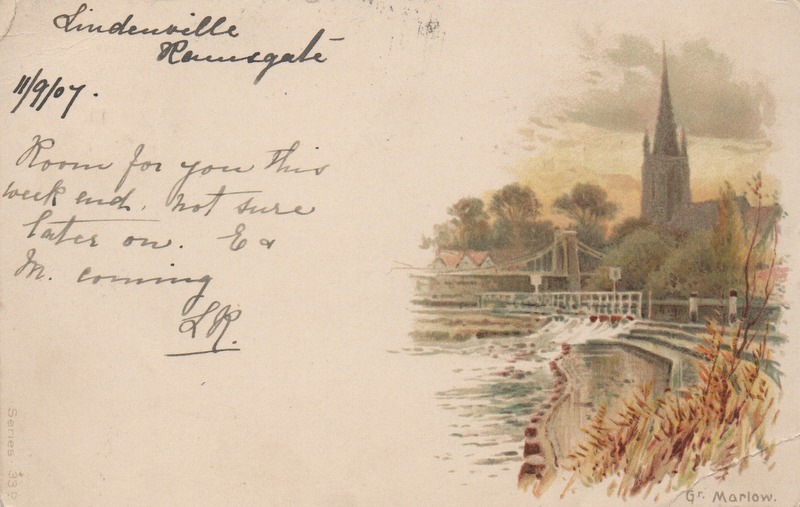 Postcard : The Basic Taunt
Year : Not sure
Text : I am one up on you, I flew here today 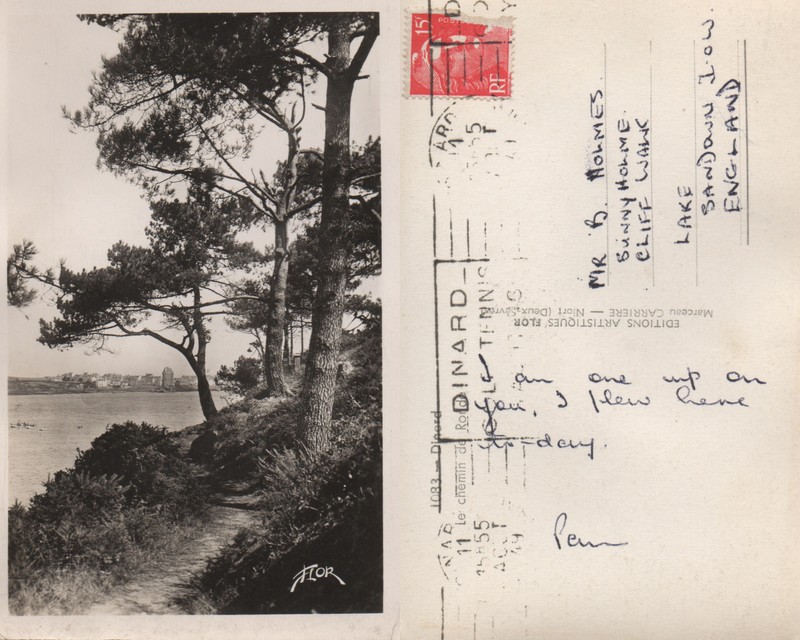 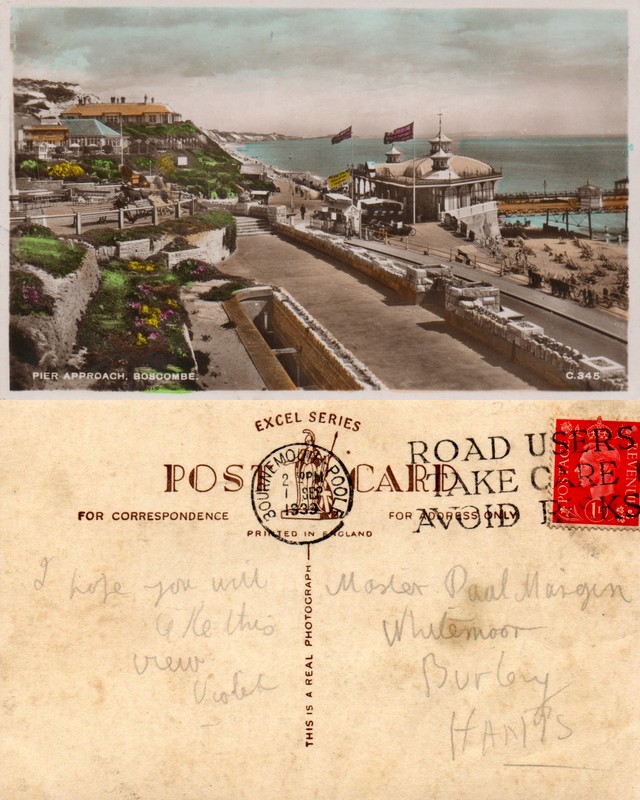 Postcard : Notice of receipt
Year : 1910
Text : Thanks for your letter and paper which I received safely 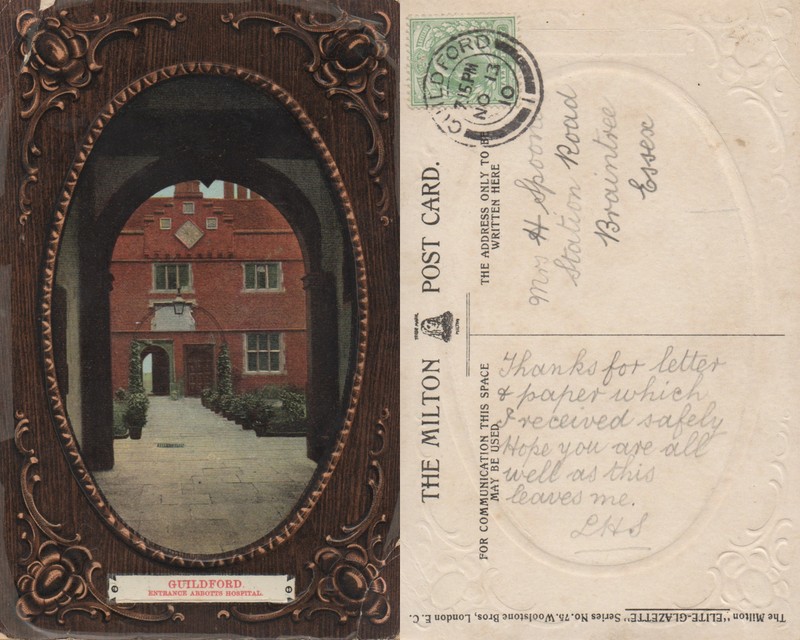 Postcard : The Reluctant Child/Teenager?
Year : 1910
Text : I suppose you have been expecting a letter from me. I have bee waiting to see if I could make any arrangements for the holiday but cannot do so at present.

Could he sound any more teenage? 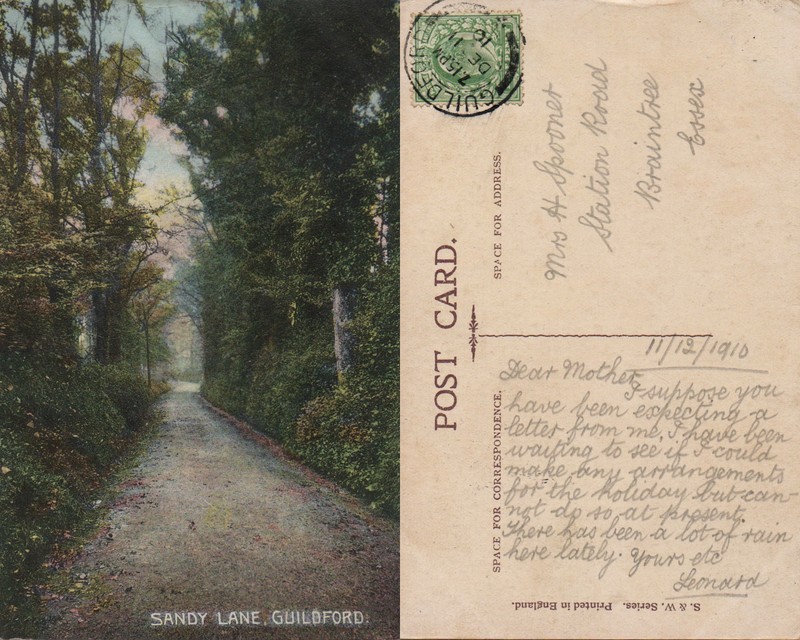 Postcard : The Text Message
Year : 1926
Text : Would you please meet the 2 o’clock train

Does suggest the post was quicker than the train – but I would have thought the post went by train? Time paradox. 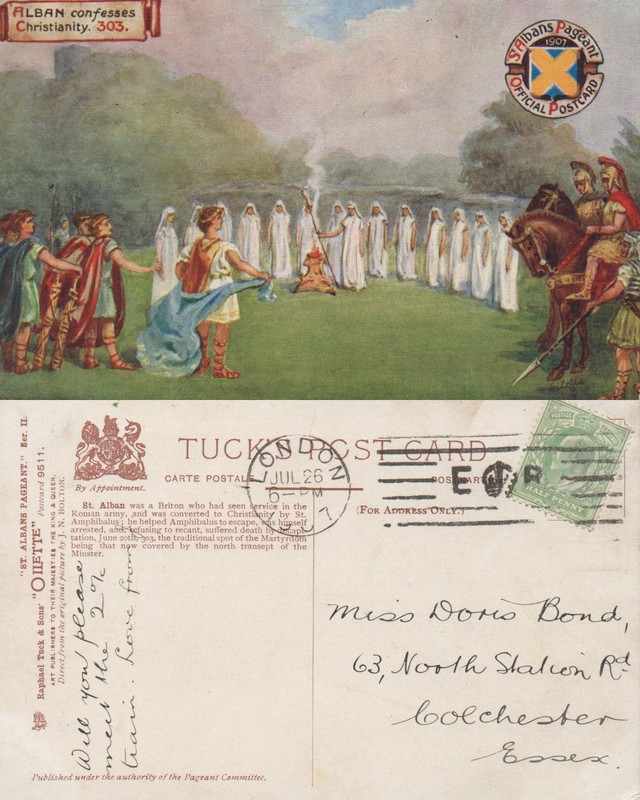 Postcard : Needy begging message
Year : 1911
Text : Hope you are well, the weather here is very unsettled. I should be pleased if you will send me a line or a local paper. 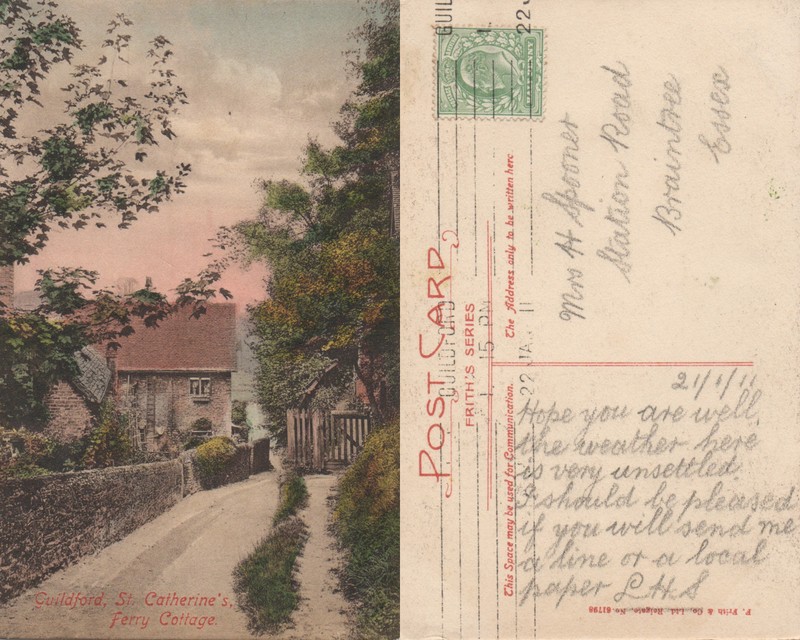 Postcard : Cute animals
Year : 1907
Text : Thanks for the postcard received. Hope you will like the little bunnies in exchange for the kittens. 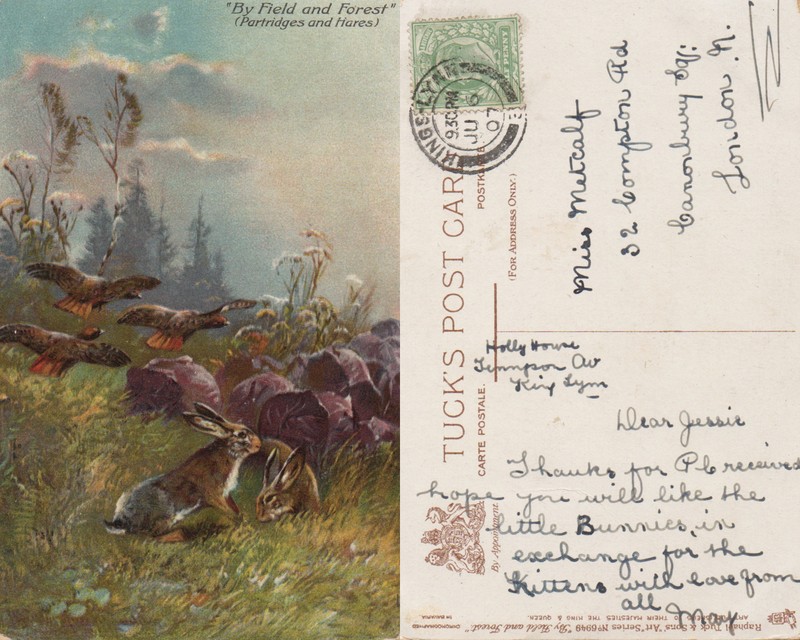 Nothing says “I love you daughter” like a picture of a muddy field. 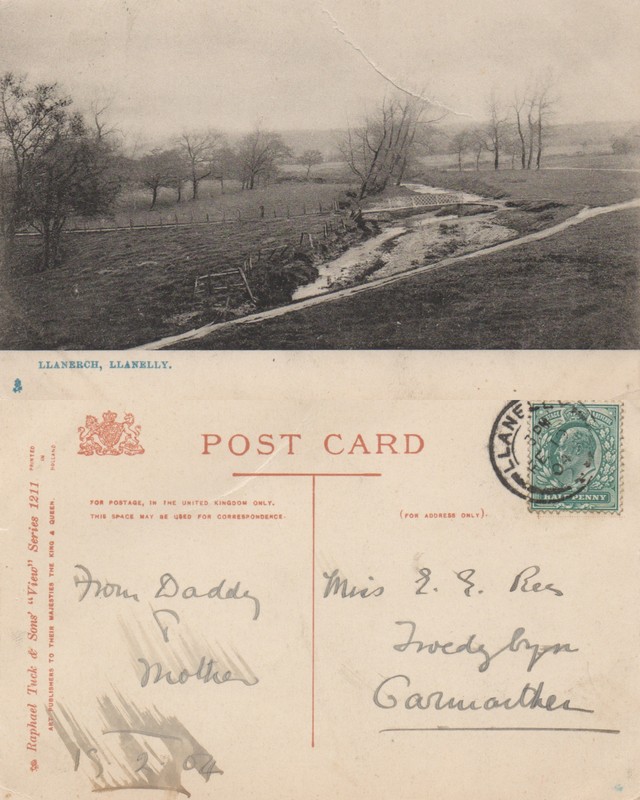 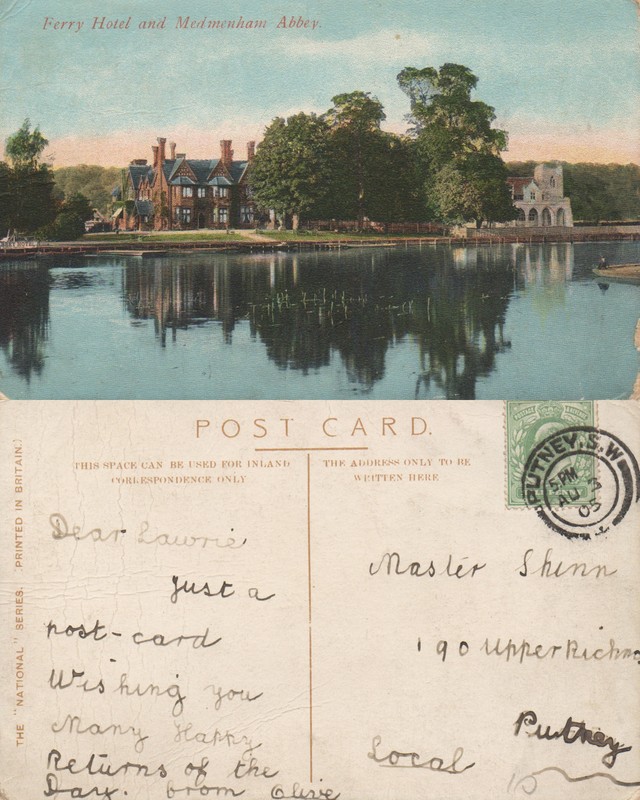 Postcard : Why do people always tweet about the weather?
Year: 1952
Text : Weather rather uncertain at first but really lovely now.

I love the notion of “uncertain” weather. 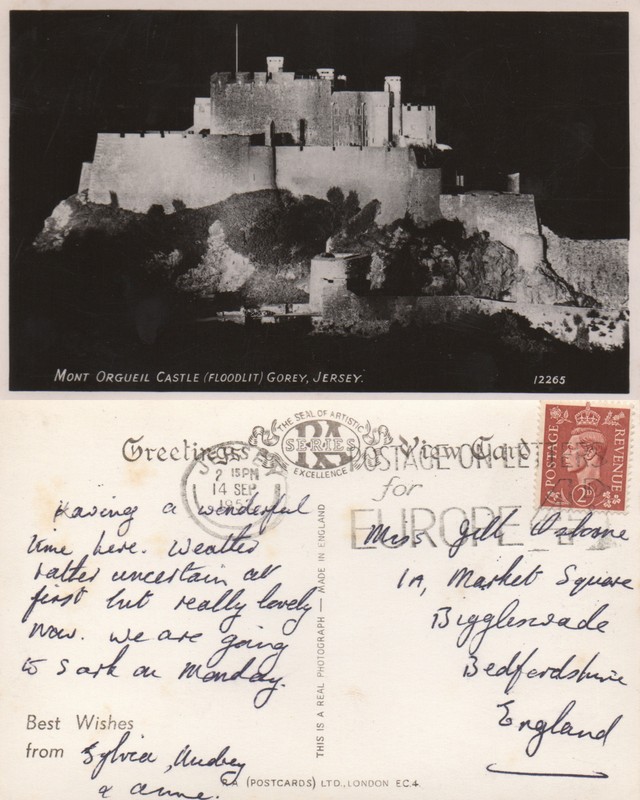 All very recognisable messages from Social Media today. The kind of dull stuff that make people consider Social Media is a medium for the mundane. These postcards prove that the medium is irrelevant. If we humans have something dull to say, we’ll always find a way. We’ve just made it easier.

There are many more examples in the pile of postcards I have. Tempted to get more!

I’m a big fan of the mundane. If it’s your thing too, check out Martin Parr’s collection of Boring Postcards or one of his photography books like Last Resort.