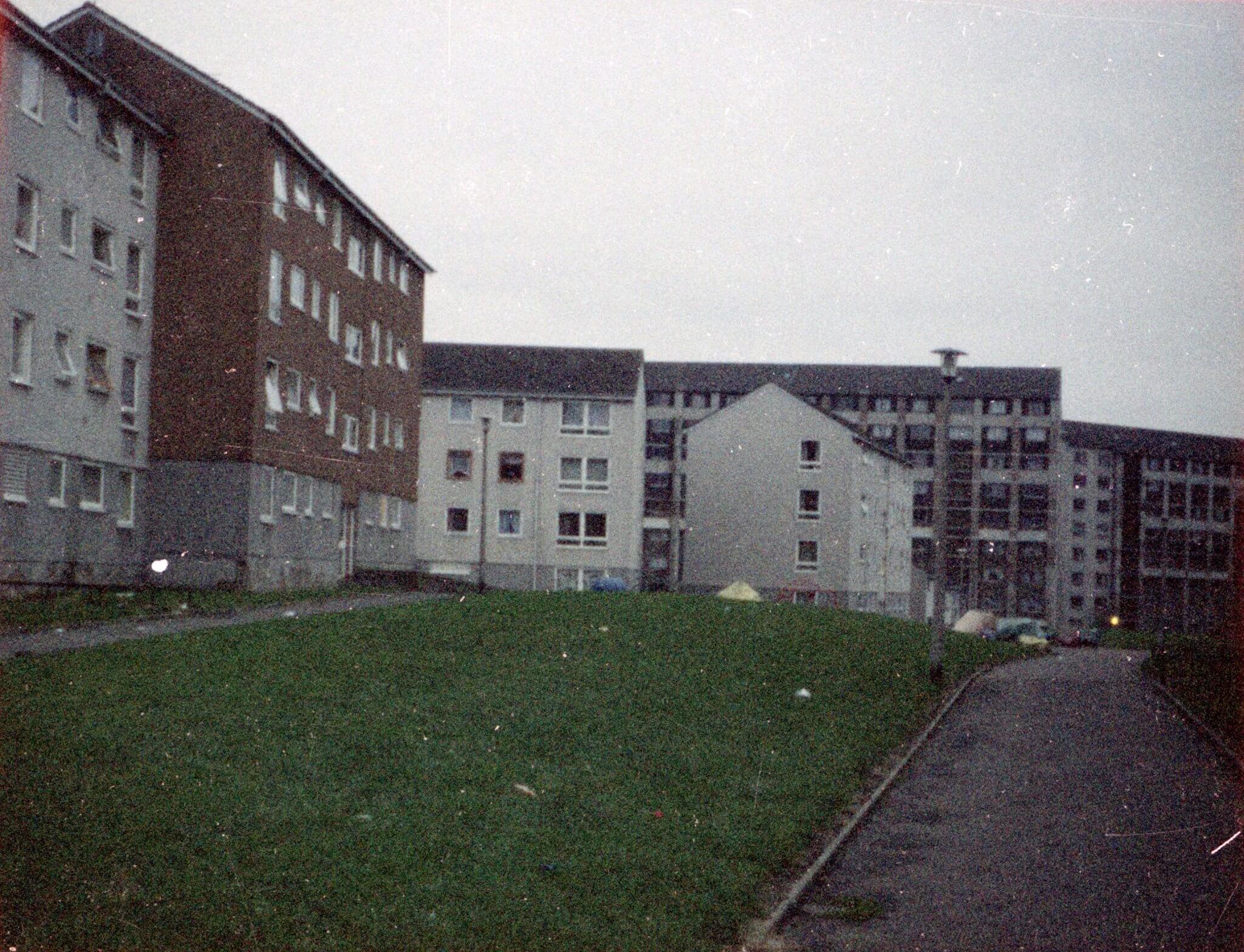 I remember the day Donna Crichton’s Mum threw herself out a top floor window. News always travelled fast. We were always outside so you were only ever a short sprint from knowing what was going on. Gathering at the corner, we couldn’t see what was going on. People stopped us getting any closer. There wasn’t much surprise. Everyone knew her Mum was on something.

And yet, when people ask me, I will always say that growing up in Wester Hailes was great. We were on the edge of the city, minutes from countryside. Between the flats there were expanses of area to run, ride bikes, kick balls and avoid the police all away from cars (not that there were many). It didn’t matter that you had to walk miles to pay the rent, get a bus, find a shop. They were adult problems. I could solve all my problems by running very fast. I did this one night when I was being chased by a family of mentals – the Morrisons – I have no idea why I was being chased. I know they didn’t catch me.

Last week, I went to see Trainspotting Live at the Edinburgh Fringe. It was a great show. Creatively immersive and powerful to the point that I know a good few people have fainted during the show. It was a story I knew, words I recognised but even a play I had seen before but, done this way, it took on another life. I saw the original Mayfest version is 1994 with Ewan Bremner. Years later, I was crammed on a bus from the plane to terminal at Heathrow nose to nose with the very same Mr Bremner. All I could think to say was “I’ve seen you naked” – I didn’t. Anyway, since I first read the book I’ve always been aware that it represented at least some of the world I grew up in and yet – well – I seem to have rose-tinted everything. I ignore the fact that Allan McKenna killed his Dad out of his head on glue. The same Allan McKenna was involved in this. I still have a Prussian coin I got from him in a swap for some Pesetas and Francs. If he knew, he might have killed me too. But I gloss over all this in my head. I ignore my neighbour, Carl, who was named after Carlsberg. I just remember how me and certain publishing mogul were the only two people in the mobile library. How we, unlike Spud, actually did go to Heriots, despite being scum. It wasn’t all bad, but some of it was really bad.

When you see someone play the part of Begbie, you are thrown back to so many people you met (tried to avoid meeting) who were like that. There was a guy called Podgy – who’s Alsatian always chased me – who was from such a scary family. And there was the guy who strangled me with a Rubik snake and school and drew blood from my gum.

But still, ask me again and I’ll tell you it was great. We walked up to the field – the same field features in The Beatle Man, and played in the ‘gang hut’ at the side of railway. Trains rattled by close to our heads – so loud it hurt your ears. We played in the burn, like the day we found the sheep’s head.

So, there I was, at the show, being dragged into reappraising well established memories. It’s a special type of art that does that.

Ask me again. Ok, so people died. But it was still great.