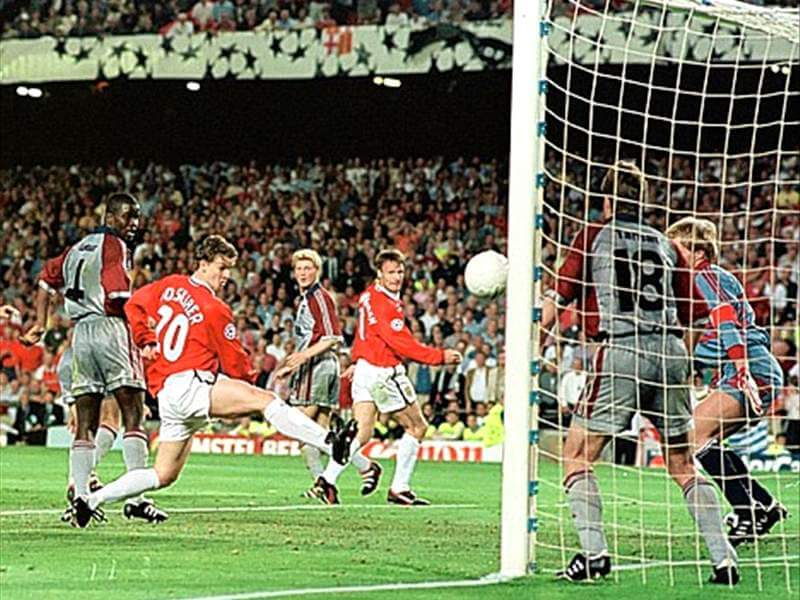 3rd June 1978. I am eight years old. I’m about to watch my first World Cup game live. This was a big enough occasion that exciting things happen. Furniture is moved for optimum viewing, curtains are closed to block out the late summer sun, big game atmosphere sitting atop the expectation creating by insane levels of Scottish optimism.

Over forty years have passed so there is not much detail to recall but there are some key memories. There is, I believe, a reason they have stuck. They are associated with peaks of emotion. When Joe Jordan scored all the fanciful belief that we were going to win the World Cup exploded into a moment of real joy. Being eight, this would have been amplified by the emotions of those around me (at least my Dad and my Uncle Jim). Such is a goal. A moment of transition from nervous concentration to explosive joy. It’s what football is all about, it’s what it’s for. Remember that, I’ll return to that in a bit.

A mere half an hour later, things became less joyous when Peru equalised but, hey, even an underdog can score a fluke? All would be well again when Don Masson scores the penalty we were awarded. And then we get to the flipside. If football is for joy, it is also for despair. I learned that at that very moment. And, with the two more Peru goals that followed, I learned that football can make you cry. Eight year old tears and a very early introduction to the highs and lows of the game I have loved from that moment on – whatever it has thrown at me.

When you go back through your memories of football the ones that always stand out are the ones associated with emotional highs. Archie’s goal against Holland. Dave Narey scoring against Brazil – and getting to eat my half-time chocolate early. Norman Whiteside scoring in the 1985 Cup Final and me ending up cheering, tearful in the coffee table. The 1999 Champions League final was probably the biggest emotional swing, 90 minutes of despair followed by a few minutes of, well, let’s be honest, screaming. 2008 was little more restrained and merely involved headbutting my wife when Edwin saved the penalty.

The lows stand out just as much. Not winning the league on the last day of the season in 1995 and 2002. Getting taken apart by Barcelona in the Champions League final. And, of course, pretty much everything that Scotland have ever attempted – Euro 96 being particularly sore.

Football is all about emotions and it is the perfect sport for creating them. The bigger the emotional swing the better and that is what a goal does. The sudden and extreme roar of a celebrating crowd is a visceral experience. Thousands of people all with a simultaneous release, a collective moment of joy. That’s why goals that bulge the net are the best. There is no ambiguity, wondering whether or nor the ball crossed the line. A simple bang then roar. That’s why important goals are the best. The first goal in a tight game, a late equaliser. That’s why the fifth goal of five in an easy win is welcome but not explosive, the emotional release needs tension to get to a peak. That’s what’s addictive. The hormones released in that moment.

And so we arrive at the problem. VAR. Yes, it’s good to get the decisions correct. We have, for years, moaned about how much better it would be to use the technology available. But – and it’s a big one – if we can agree that football is about the creation of those visceral moments – those moments that stick if your mind for a lifetime – then what if VAR changes that all. What if every extreme of emotion in football is now reduced by the fact that you can no longer believe in the moment of joy until it is confirmed by a machine? The joy of football becomes blunted, numbed. It works in reverse too. The despair of a losing a goal is no longer absolute, it always carries a degree of hope that something random will be found to spare you. No one can be completely happy just as no one can be entirely sad. There is no more explosive joy. Those moments are reduced to something far more transactional. We’ve applied for a goal by putting the ball in the net, now we await the outcome of our application. There has never been any joy in an application form. Football has never been a transactional sport in the style of most US sports – it flows, it is spontaneous, it makes you scream, it makes you cry. You can’t experience that staring at a diagram of someone’s elbow being six inches ahead of a defenders bum.

As things stand, crowds do their best to react how they always have but I can see it beginning to change and it will continue to degrade until the anaesthetic of VAR takes away the extremes forever.

The future of football will be driven by the answer to a simple question. Is it worth sacrificing our moments of joy at the altar of absolute accuracy?

I know my answer. Leave me with the joy – and the flaws. Unless, of course, you can tell me that those Peru goals were offside.