An Unlikely Start to a Love of Film 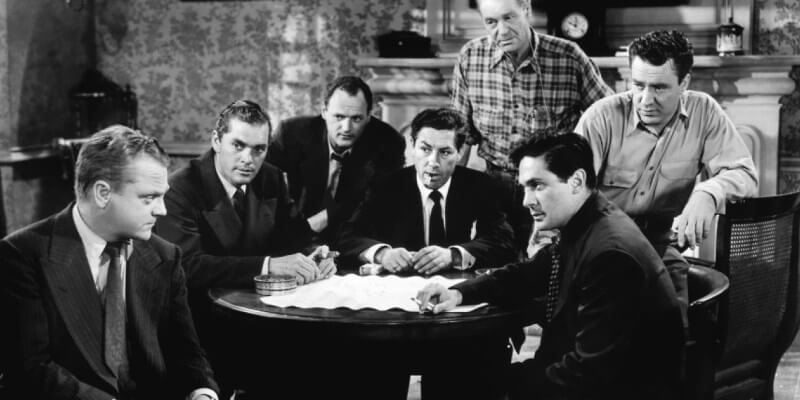 I grew up in a small and unremarkable council flat in Edinburgh. I was lucky enough to go to University so, when I was 17, I headed to Glasgow and a new rainy life. As soon as I did, I didn’t have a bedroom at home any more. Not going to go all Four Yorkshiremen, but there were too many of us for the small flat so it made sense to reorient things around me not being there. My bedroom become a mattress that stood against the wall at the front door which was taken to the living room at night for me to sleep on. This was the routine whenever I was back in Edinburgh, some weekends, all holidays. Looking back, it sounds a lot worse than it actually was.

This was the late 1980’s, four TV channels and a search of the VHS boxes in the rental shop for the latest straight to video crackers. It wasn’t easy to watch films. Not least because you lived in a largely single screen environment. I had a black and white portable in my room but that was connected to my Commodore 64 and wasn’t really used for watching anything – maybe The Young Ones or Blackadder.

The joy of my mattress in the living room was control of the TV lying in my bed. I would grab a sandwich and a glass of milk and settle down for whatever terrestrial TV had to offer. The thing I remember most is that there always seemed to be a classic film series on. I made my way through all the Hitchcocks, all of James Cagney, fell in love with Orson Welles in The Third Man, Touch of Evil, Attenborough in Brighton Rock, Coward in In Which We Serve, even the slightly kitsch delights of the Hammer Horrors. It was also the time I first saw Jean de Florette and Manon des Sources. Channel 4 did their best to bring the occasional foreign film.

It was a film education I don’t think I would have had had it not been for the slightly odd sleeping arrangements. The downside was that if you stayed up late to watch up a film, you still had to get up early in the morning to get the living room back to being lived in.

It’s much easier to watch these films now. They will be on one streaming service or another. Makes we want to go back and do it all again. Think I’ll start with the classic Cagneys, White Heat and Angels With Dirty Faces. When I got married, revered Edinburgh author and publisher Stuart Douglas bought me a film cell from White Heat. Think I’ll start there.

All this is to say, I think those years sleeping on the floor played a very big part in – if not the entirety of – my love of film. So, some unexpected and heartfelt thanks to the mattress in the living room.